The business case for addressing modern slavery in supply chains 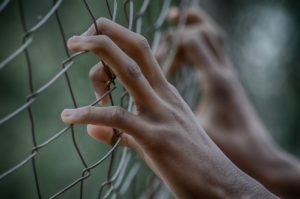 October 18 is Anti-Slavery Day. Despite its origins in the United Kingdom, this date serves as a global reminder of the importance of combating all forms of modern slavery.

Aside from the ethical reasons for combating modern slavery, there is a strong business case to be made as well.

Many anti-slavery regulations have been implemented in recent years, most famously the UK Modern Slavery Act in 2015. This regulation requires businesses in the UK with an annual turnover of £36 million or more to publish a modern slavery and human trafficking statement. Failure to comply could result in an “unlimited” fine.

Businesses who take steps to improve their supply chains can feel confident publishing a statement to comply with the Modern Slavery Act and similar governmental regulations. By doing so, they not only avoid the possibility of a fine; they also avoid potential damage to brand reputation (and therefore revenue) that could result from a lack of transparency or lack of demonstrated action.

In the past few years, the UK Modern Slavery Act has been criticized for not effectively enforcing its requirements. But as the first legislation of its kind, this is not altogether unsurprising. As the UK Modern Slavery Act finds its footing and as similar regulations become more widespread, businesses will find themselves compelled to comply—or else risk monetary consequences.

2. Evolve with the market

Consumers today care more about the way their products are made. A recent report found that 74 percent of shoppers would be willing to switch to a brand that provides more product information beyond what is provided on the physical label. Some of these consumers are older generations whose priorities have shifted in recent years, while others are new to the market, such as Generation Z and millennials. In either case—and for younger generations in particular—the industry is clearly moving towards products who are not just affordable and well made, but also ethically produced.

A number of major apparel brands and retailers have recently been exposed for unfair labor practices in their factories. In some cases, consumers have even found notes left behind by unfairly-treated workers to expose their true working conditions. In these instances, businesses not only suffer damage to their reputation; they also are forced to invest time and resources to mitigate the situation and regain the trust of their consumers.

Major apparel brand Nike experienced this very situation years ago. Controversy regarding the company’s labor practices began to surface in the 1990s. In response, Nike took significant steps to improve its supply chains, releasing a global database of over 700 of its factories in 2005, and has since been a sustainability leader. Although Nike was ultimately able to successfully transform this crisis into success, it had a real impact on brand reputation and sales: in 1999, sales of Nike products fell by nearly 8%, and in 2001 the company’s stock lost more than 15% of its value. Recovering from this crisis took over a decade and an unknown amount of financial resources.

Of course, taking proactive steps to identify and eliminate modern slavery will require time and money. However, doing so will arm businesses with the knowledge and ability to prevent crises from occurring in the first place.

There is a solid business case for eliminating modern slavery in supply chains. Businesses who choose to gain supply chain transparency and face these issues head-on will benefit from greater market share, stronger consumer trust, and higher revenues, setting themselves up for a successful future.