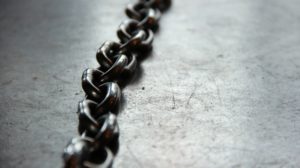 June 12 is World Day Against Child Labor. According to the International Labour Organization (ILO), 152 million children are still in child labor today. Child labor occurs in all industries, but 7 of every 10 child laborers is in the agricultural sector. Some of the most common industries that employ child labor include cocoa, coffee, cotton, sugarcane, tobacco, garments/fashion, and gold.

Visibility into the supply chains of these commodities is a critical first step in identifying and ultimately eliminating child labor. Many of these industries play key roles in the global economy, making the need to eliminate child labor a daunting yet crucially important task.

The fight against child labor

Efforts to combat child labor include initiatives undertaken by the ILO, government actions, and corporate initiatives.

Twenty years ago, the ILO adopted the Worst Forms of Child Labour Convention, which has been ratified by 184 countries to date. The convention requires ratifying states to “eliminate the worst forms of child labour” and “provide the necessary and appropriate direct assistance” for the removal of children from child labor, their rehabilitation and social integration.

In 2015, the United Nations developed a set of 17 “Sustainable Development Goals” (SDGs) for the year 2030. Two of these goals—SDG 8.7 and SDG 16.2—address child labor specifically:

Legislation also plays an important role in combating child labor. Countries such as Canada, the United States, Australia, and others have or are considering adopting regulations to fight against modern slavery, forced labor, and child labor: 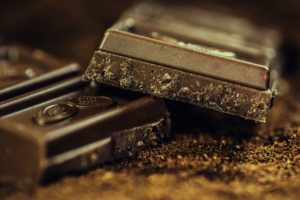 Many businesses recognize the role their supply chains play in the prevalence of child labor and are taking steps to eliminate it.

Tony’s Chocolonely, a chocolate manufacturer from the Netherlands, has made it their mission to make “100% slave free the norm in chocolate.” The company was founded in 2005 by Dutch journalist Teun van de Keuken when he discovered the extent of child labor in West Africa’s cocoa industry, where the high demand for cocoa has led to the prevalent use of child labor. Tony’s Chocolonely has implemented a Child Labor Monitoring and Remediation System to monitor the children of the cocoa farmers, gather data, and find solutions to eliminate child labor.

In 2017, fashion brand ASOS published their “Child Labour, Remediation and Young Worker Policy” which details their policies and remediation procedures against child labor. In addition, ASOS has remained open about past incidents where child labor and forced labor have been discovered in their supply chain, openly discussing these cases—as well as the steps they have taken to address them—in their Modern Slavery Statement 2018-2019.

Other companies taking steps to eliminate child labor include Mars Wrigley Confectionary, which has committed to sourcing all cocoa responsibly by 2025, and The Coca-Cola Company. As more consumers begin to support brands with a purpose, it is likely that more businesses will launch initiatives to combat child labor globally.

The role of transparency in combating child labor

Supply chain transparency is the only way to determine if child labor exists in supply chains. While no one wants to discover child labor in their business, identifying child and other types of forced labor provides the opportunity to eliminate it and find more responsible and ethical alternatives.

Importantly, child labor is often found not at the immediate supplier level, but at the sub-supplier level (tier 2+). By gaining visibility into supply chains, businesses have the opportunity to collaborate with their suppliers below tier 1, communicate their requirements, and collect certifications or other data related to labor practices.

Transparency-One is a cloud-based solution enabling companies to identify and collaborate with their end-to-end supply chains to ensure product safety, social responsibility, and sustainability. We can help businesses gain the transparency needed to eliminate child labor for good.