Uncovering the mystery of alternative protein 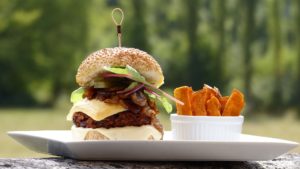 Meat substitutes have existed for years, but the newest players in the market emphasize their ability to eliminate the use of animals while maintaining an authentic, “meaty” flavor and experience. This has undoubtedly helped sway many mainstream consumers to switch—at least occasionally—from animal meat to plant-based meat.

The values underpinning plant-based meat are yet another reason for the growing appeal of these alternative proteins. Consumers today are increasingly concerned with eating healthier, “cleaner” food and reducing their impact on the planet—both of which alternative proteins aim to do, without sacrificing taste.

But without the animal, what is “meat”? As a vegetarian myself, it’s a question I am often asked: “What exactly is in that, anyway?” Increased consumer interest in food transparency has led to increased popularity of meat substitutes, which profess to be better for you and the planet. The reverse may just as well be true: the prevalence of alternative meats has led many people to wonder what exactly they are eating. For the modern alternative protein industry to succeed, supply chain transparency is a must.

The appeal of alternative protein

In the past, meat alternatives were purely the domain of vegetarians and vegans; the only reason a person would purchase these products is a meat-free diet, often due to ethical concerns over animal welfare and the environment.

Today, meat alternatives appeal to a much broader audience. Consumers who are omnivores but are nonetheless concerned about the impact of meat on their health, animal welfare, and/or the environment are a common target demographic for companies such as Impossible Foods and Beyond Meat. This growth is substantial: this year, the meat substitutes market is estimated at $4.63 billion USD and is projected to reach $6.43 billion USD by 2023. Burger King recently announced an „Impossible Whopper“ made with the Impossible Foods patty. The remarkable rise of the alternative protein market has not gone unnoticed by the meat industry, with the U.S. Cattlement’s Association calling for an official definition of the terms “beef” and “meat” in 2018.

However you define it, alternative proteins are here to stay. But how are they made? 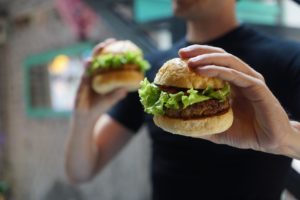 Alternative proteins are traditionally made from a variety of ingredients, most commonly soy (tofu, tempeh, texture vegetable protein), wheat gluten, or a derivative of fungus called mycoprotein (also known as Quorn). Newcomers to the meat substitutes market have expanded on this; Beyond Meat uses both soy and pea proteins to make their products, while Impossible Foods uses a synthetically-produced compound called heme, meant to replicate the taste and texture of beef. They also go a step further in replicating meat, for example by adding beet juice to imitate blood or bits of coconut oil to replicate animal fat.

The idea is to use purely plant-based sources to accurately replicate the experience of meat, from its taste and texture to its protein content and the way it cooks. Today’s alternative proteins emphasize healthier eating and smaller environmental footprint, without sacrificing taste.

The importance of transparency

The modern alternative protein market has a lot to live up to: not only must their products be completely plant-based, but they also need to look good, taste good, and resemble animal meat as closely as possible. As these new and innovative products move into the mainstream, it is crucial for businesses to remain open and transparent about their production processes to answer the questions consumers are asking about their food.

In many ways, the alternative protein industry has a greater need for supply chain transparency than your average food product. Consumers can wrap their heads around animal meat—the process is straightforward and easily understood—but a product that looks like meat, tastes like meat, and yet isn’t meat has more mysterious origins. For this new market, product quality, safety, and sustainability are of utmost concern. Businesses in the alternative protein industry should therefore make transparency a business priority to ensure their consumers feel confident making a purchase.