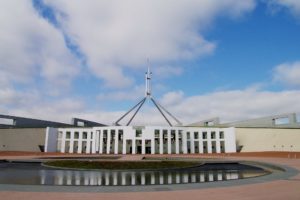 On November 29, 2018, Australia passed the Australian Modern Slavery Act 2018, making it the world’s second anti-slavery legislation. What does the law require? Here’s what you need to know.

Who does it affect?

Entities based or operating in Australia with an annual consolidated revenue of $100 million or more must comply with the law. Others may report voluntarily but are not required.

All affected entities must report annually on the risks of modern slavery in their operations and supply chains, as well as any actions taken to address those risks, such as due diligence and remediation processes.

These reports must be submitted within 6 months after the end of the entity’s reporting period, which is most commonly the financial year.

What are the penalties of noncompliance?

Entities who do not publish a report will be requested to provide an explanation and/or take specific remedial actions. If no response is received from the entity, they are considered having failed to comply with the Act.

In cases of noncompliance, details about the entity’s failure to comply—including the entity’s name and identity—will be published on a public register, accessible online to the public. At this time, there are no financial or other penalties due to noncompliance.

How will the Act be assessed?

As part of the Act, the Australian Prime Minister is required to publish an annual report on the Act’s implementation, including an overview of compliance rates as well as best practices for modern slavery reporting in compliance with the Act.

The Act will also be reviewed three years after implementation to assess whether any additional changes should be made or if any other penalties should be implemented due to noncompliance.

How does this law compare to the UK Modern Slavery Act?

In addition, both Acts require entities to publish annual reports on their practices. However, the Australian Act is more specific in terms of what information must be communicated (such as the structure of the entity’s supply chains, risks of modern slavery in the entity’s operations, what actions are being taken against modern slavery and their effectiveness, etc.).

While noncompliance with the UK Modern Slavery Act can result in “unlimited” fines, the Australian Act imposes no penalties beyond publication of the entity’s identity in a public online register. The effectiveness of this approach remains to be seen, and this may change when the Act is reviewed in three years’ time.

Overall, both Acts do not ban modern slavery outright, but rather require certain companies to assess their practices and report annually on their progress. The hope is that these reports, which are accessible to the public, will place additional pressure on companies to improve their supply chains or else risk losing consumer support.

With more anti-slavery legislation likely to be passed in the coming years, businesses should use the Australian Act as a catalyst to take steps towards identifying and eliminating modern slavery in their supply chains.

Transparency-One can help businesses both in Australia and around the world identify their suppliers down to the source and collect critical information on their human rights practices. Businesses can use this data to identify noncompliant supplier facilities and take measures to eliminate modern slavery from their supply chains.